Origins of the Free Trade Agreements

The Trudeau government is currently re-negotiating NAFTA with the governments of the USA and Mexico. The results we are told will be Win!  Win! Win!

How can Canada lose? The standard line from big business, the mass media and mainstream academics is that everyone benefits from free trade.  Consumers profit from lower prices for all goods and services. So while we wait to see how the proposed new NAFTA negotiations will go,  it might useful to remember the major political battle that transpired as the Canada-US Free Trade Agreement (CUSFTA) and NAFTA were created. Who pushed for these agreements? What was the opposition in all three countries?

The Push from the United States

At the beginning, a free trade agreement between the United States and Canada was proposed by Ronald Reagan in his 1980 Presidential campaign. In 1983 Paul Robinson, the U..S. ambassador to Canada, began talks with Sam Hughes, President of the Canadian Chamber of Commerce. The US insisted that the official request for negotiations had to come from Canada in order to try to contain nationalist political opposition.

The US administration had goals: the elimination of the Foreign Investment Review Agency,  the National Energy Program and the Canada-US Auto Pact.  They wanted the agreement to include services, agriculture and culture. All federal and provincial government subsidies should be eliminated and “national treatment” guaranteed for American investments. Municipal and provincial governments were not to give preference to local, Canadian companies. The big surprise was that the final draft of CUSFTA also included a continental energy agreement that gave US investors a preferred status and guaranteed access.

The US government initiative had strong support among the American corporate sector. In 1987 over 400 large corporations created the American Coalition for Trade Expansion with Canada. They spent heavily on advertisements and began a major lobbying campaign in Washington.

Canadian Business Support for the Agreement 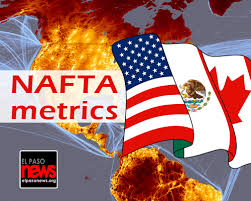 The Canadian business alliance played a key propaganda role in the federal election in the fall of 1988, known as the “free trade election” because of the strong opposition taken by John Turner, the leader of the Liberal Party. The New Democratic Party also opposed the agreement, but its leader, Ed Broadbent, played down the issue in his campaign.

The Conservatives won a majority of the seats in the House of Commons. But the Liberals and the NDP together took 56 percent of the popular vote. This explains why big business in Canada has been so committed to keeping the British first-past-the-post electoral system. Ronald Reagan declared CUSFTA “the new economic constitution for North America.”

Historically, Mexican business organizations had not opposed the Keynsian “populist” agenda. They had clearly benefited from one policy in particular: when a foreign-owned corporation sought permission to build a plant in Mexico, they were required by law to find a Mexican partner and give them 51% of the voting stock. This had resulted in strong business organizations. As they said in Mexico, “300 businessmen run the country.”

This was quite a contrast to Canada which put up tariffs under the National Policy to try to force American corporations to manufacture in Canada. The result was the “miniature replica” problem: high foreign ownership, very inefficient Canadian branch plants, and a relatively weak capitalist class.

This changed in Mexico with a new political leadership that had largely been trained at elite American universities. They absorbed the neoliberal agenda advanced by Margaret Thatcher and Ronald Reagan: free trade, the free market, government deregulation, the privatization of profitable state-owned enterprises, including public utilities, and a broad attack on labour unions and the welfare state.

While the media emphasized the benefits to consumers of the removal of tariffs, in general they were already below the 10% level. Big business, sitting on excess capital, wanted the right to invest anywhere, sell their products and services anywhere, and repatriate their profits without government interference. Corporate taxes would be reduced and tax havens expanded.

When negotiations for NAFTA began, the Canadian and American anti-free trade coalitions were still in place. In Mexico, a similar coalition was formed, the Mexican Network on Free Trade (RMALC). Their goal, supported by their American and Canadian counterparts, was to raise Mexican wages and standards of work up to the highest levels in the northern states. This included human rights protections as found in the European Union, rules of the International Labour Organization on labour rights, and health and safety rules. The coalitions also argued that corporations should not be permitted to move to Mexico to avoid environmental regulations.
Of course, when the final draft of NAFTA was released none of these objectives were included. Corporations were moving to Mexico to maximized profits by specifically taking advantage of much lower wages, lower taxes and weaker regulations.

For many years public opinion polls in Mexico have shown majority opposition to NAFTA. Economic growth and job creation was much higher during the `populist” period, before the new shift to the politics of neoliberalism and structural adjustment.Today that opposition has been enhanced by the politics of Donald Trump. This is reflected in the rise of support for Manuel Lopez Obrador in recent public opinion polls.


John W. Warnock is retired from teaching political economy and sociology at the University of Regina. He is author of Free Trade and the New Right Agenda (1988) and The Other Mexico: The North American Alliance Completed (1995). 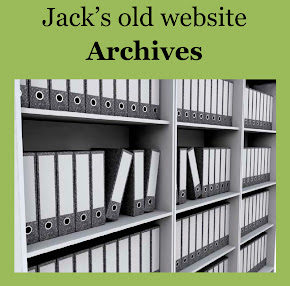 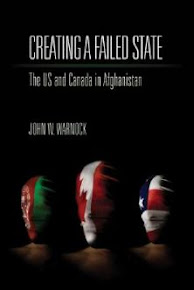 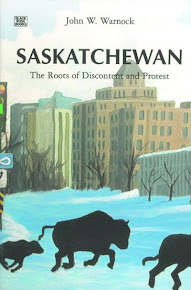 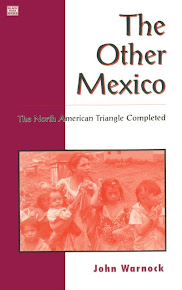 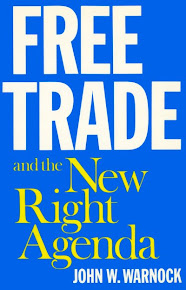 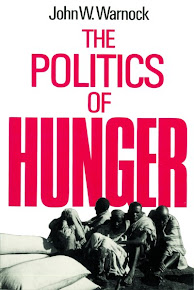 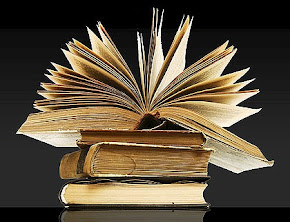 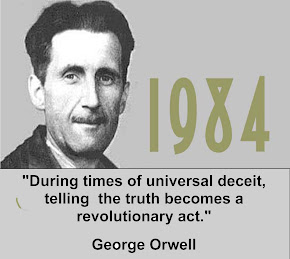